Trip Hawkins: "Everyone Is A Gamer" 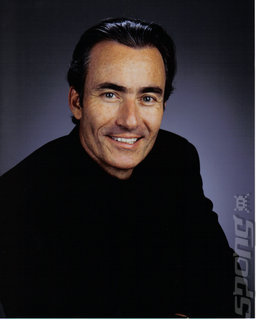 Trip Hawkins
The recent Web 2.0 'Summit' in in San Francisco saw Trip Hawkins declaim, "What we're experiencing in this mass market phenomenon is that everyone is a gamer". Therefore, as we write this, according to the U.S. Census Bureau that means there are 6,626,225,403 gamers.

Trip Hawkins, ex Apple Computer, founder of Electronic Arts, evangelist for the ill-fated 3DO and now CEO of mobile phone-based game maker, Chocolate Digital, is a man with a track record in 'future spotting'. Sure, the track record is spotty (3DO) but generally he's a man worth listening to.

We're just a little reticent to believe that "everyone" can be a gamer. Could this be a slight case of business-BS-based hyperbole? Or is SPOnG's finger not on the pulse of the average Enawene Nawe tribesman and his predilection for Wii gaming.

Hawkins was just one of several games executives to slip along to S.F. and the Web 2.0 jaunt in which it was decided that video games playing is being lead not by the hardcore but by bloody 'Soccer Moms' and 'suburbanites' who want easy-to-play, multi-player, online experiences.

One reason for this is that advertisers are going to have to be savvier about product placement in order not to alienate players.

This echoes a conversation SPOnG had with WipeOut developer Tony Buckley at Leipzig this year. We asked why all the advertising hoardings along the tracks in WipeOut Pulse were bereft of, well, ads. Tony explained that he and the team wanted to maintain the game world for the player. That said, there has been a Coca-Cola based promotion with WipeOut Pure in Japan...

According to Kotick, however, growth in ad revenues via social gaming won't happen for a while yet, "We're about two or three years away from having a big enough installed base of Xbox [360s] and PlayStations", he opined.

Everyone's a gamer....he's right, because life is a game in itself, partly made up of a legion of mini games for all the things we do, gaming being just a part of it.

Yeah, and like, death is the final victory... and that..