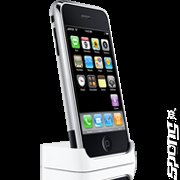 Trip Hawkins has been about a bit - he's been a bigshot at Apple, founded EA, founded 3DO and now casual developer Digital Chocolate. All that makes certain things that he says interesting, because... well, he said them. Here's one about the how the iPhone's engaging in a good old-fashioned hippie freak-out, with Sony and Nintendo on the receiving end:

"We make as much money with these games on one device as we do putting a game on 100 different cell phone platforms. Between the iPod Touch and the iPhone, I think the platform is freaking out Sony and Nintendo. Apple has sold 30 million units so far and it has created tremendous awareness. It has taken ground all over the world. But it has only penetrated one half of one percent of its total market."

Of course, Digital Chocolate develops for the iPhone and doesn't develop for Sony and Nintendo platforms, so he probably would be inclined to say that...
Companies: Digital Chocolate
People: Trip Hawkins