A PS2 cinema spin-off, a PSP game and next-generalisations. 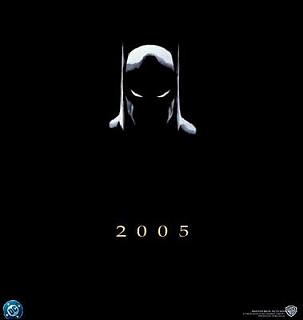 Stormfront Studios, the developer behind EA?s Lord Of The Rings: The Two Towers and the forthcoming DemonStone title, are busying themselves with some exciting new work, according to a recent job advertisement on their website: ?We are currently in pre-production on a console action-adventure game based on a major new Hollywood film, and we?re about to start our first PSP title??

What this ?major new Hollywood film? might be is anyone?s guess, but the two obvious contenders for 2005 would be Star Wars III and Batman Begins. It?s obviously not Star Wars, and so we would be inclined to opt for Batman Begins, which EA is rumoured to be publishing. It would certainly fit with Stormfront?s fantastical former works and the role of ?PS2 action-adventure?.

If this mystery game-of-film is indeed Batman Begins, it would be no surprise to see it also appearing on other formats ? including the PSP. We?re hoping it?s a distinct possibility, even if only to witness a digitised version of the mighty Sir Michael Caine as Alfred the butler.

Stormfront is also looking to the future, as well it should if it wants to stay in business, and will be making the entirely necessary steps to keep up with technological advancements: ?Preparing the strategic groundwork for the transition to the next generation of consoles?, as they say.

More Stormfront news as and when it breaks.
Companies: Stormfront

schnide 20 Aug 2004 15:42
1/3
This could be interesting, or it could be disastrous.. From what's been posted on the net about Batman Begins, it doesn't look like a typical film to have a game tie-in - although the film does look fantastic.

Saying that, Stormfront have done some excellent work with the LOTR so maybe the Game of the Film is finally coming of age.

Joji 20 Aug 2004 17:03
2/3
I'd say it's in good hands with Stormfront, and the LotR games were very good. I'm sure they are aware that the Catwoman film and game just got slated recently, so they will really be looking to do much better.

I just hope they don't mess it up, cause as you know some of the recent Batman games have also been poor to average.

The dark knight needs more focus on the source material, the comics in order to improve. Really don't know why a game based off the comic hasn't been done yet. There is so much story to build upon, that the films can't cover enough of.

turtledove 20 Aug 2004 22:20
3/3
They aren't working on Batman. Anyone who makes a film in LA will call it a "Major Hollywood Film". There are many, many movies coming out over the next few years and they could be working on anything, but it isn't Batman.
Posting of new comments is now locked for this page.