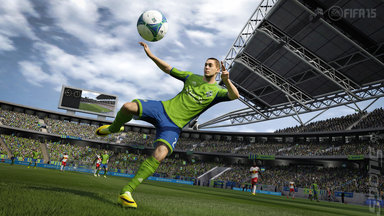 Bad news for Nintendo as Electronic Arts has basically dissed the Wii U for the forthcoming FIFA game release: FIFA 15.

Eurogamer reports that the PS2 is also being dropped from the roll-out. It states that there will be, "PlayStation 3 and Xbox 360, handheld versions for 3DS and PlayStation Vita, and even a version for Wii."

But also that, "EA lists these other platforms as getting "a version of FIFA 15", rather than the full experience it has been showing off, and notes that "not all game features are available on all gaming platforms".