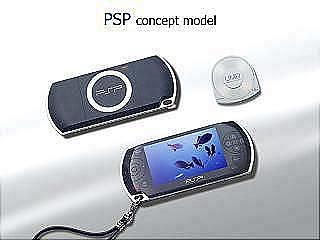 Dutch outfit Playlogic International has announced that is currently working on what is the first officially confirmed PSP game in production anywhere in the world, announcing PSP Racer to the world this morning.

In a statement, the firm said, “Playlogic also announced to release a racegame next year for the Portable PlayStation (PSP). The publisher acquired an official licence from Sony and aims to release its first PSP title worldwide simultaneously with the launch of the new handheld. Right now, Dutch developer Engine Software is working on a PSP game with the temporary title ‘PSP Racing’. More details will be revealed early 2004.”

We contacted Playlogic this morning for more details but with no luck.

However, making a comment in a press release, CEO Willem M. Smit said, “Our goal has always been to become a worldwide multi-platform publisher. The PSP license is an important step to become one of the main players in this industry."

We’ll keep bringing you news on all things PSP in the run up to the scheduled launch in late 2004.
Companies: Playlogic International
People: Willem M Smit