Modding Arma 3 could earn you a lot of money indeed. 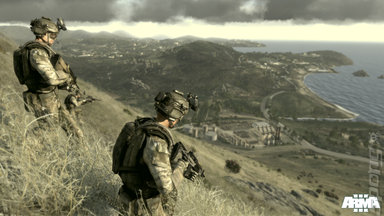 Bohemia Interactive are clever folks. Realising the a mod for war-game ArmA III such Dayz produced by Dean Hall (interview here) can make lots of money, it's offering lots of money for you to make a mod.

Therefore the competition that it announced late last year is now fully in action. It's titled "Make Arma not War" and it's "Bohemia Interactive?s ?500,000 Arma 3 content creation contest". Yup, half a million Euros... and there's also a tie-in to the International Red Cross who usually have to go in an clear up after all the bloodshed.

Says Bohemia, "There are four categories to compete in: Total Modification, Singleplayer Game Mode, Multiplayer Game Mode, and Addon. The headline prize is reserved for the Total Modification category, where the sole victor will be going home with ?200,000. In the other categories, the prize money is divided between 1st place (?50,000). 2nd place (?30,000) and 3rd place (?20,000). The winners of each category will be announced in January 2015.

"As part of our collaboration with the International Committee of the Red Cross (ICRC), we'll also be handing out the Health Care in Danger Special Award. Given to the entry which covers the topic of ?health care in danger? the best, the winner(s) will go on a one-week trip to an ICRC mission in a foreign country, organized by the ICRC."