No Arma III for Console

No chance. No way. No how. No Arma III 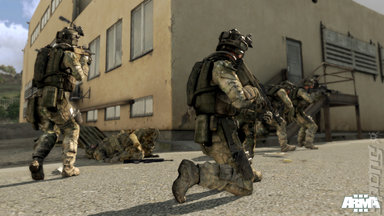 "We've basically dismissed it for Arma III," project leader Joris-Jan van t' Land said in quite the dismissive quote in a recent interview.

"I personally really like consoles so I would love to see it on there, but for Arma III, from the start it was developed as PC only, and it wouldn't do it justice - there wouldn't be an easy port to console. You'd really have to redesign stuff like how the controls work, and the interface, so for Arma III that's out of the scope. For something that is next, it is becoming much more likely to be multiplatform."

So what about the future, he told Eurogamer, "we are supporting at least for the next two years. We have plans in place for that. Whatever is next [ie Arma 4], I don't think a lot will happen this year in terms of pre-production. But 2015 will be the year when we need to start thinking about what's next. We don't have concrete plans at the moment."
Companies: Bohemia
Games: ArmA III