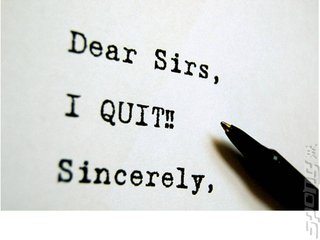 Dean Hall is leaving it all behind and making the sensible decision to go back to New Zealand and start his own studio. Dean's the chap who came up with the Zombie shooter DayZ, the mod for Bohemia's Arma II.

DayZ did jolly well as a freebie, with Bohemia realising this and enabling Hall to work the mod into a game using the studio's resources and his vision but now, well, wants out. He says:

"I guess most people would have not said anything but I want to avoid a Notch-like situation so that everybody knows that one day - publishers as well - I'm going to come knocking. But it's not going to be under traditional terms, it's going to be different."

Futhermore he tells Eurogamer, "I feel like DayZ is a fundamentally flawed concept, and I've always recognised that. It's not the perfect game; it's not the multiplayer experience, and it never can be, [with] the absolute spark that I want in it."

A brave call away from security and into creativity? Surely yes. So when is he off? "Originally I wasn't going to do this year, but it would be stupid not to, and it would be unfair to the community. I have to be on the project as long as it's important to. Whether that role is as the leader, whether that role is in a more creative sense... But at a certain point there will be diminishing returns."

Sometime soon then... or not.