But Bohemia warns to expect problems 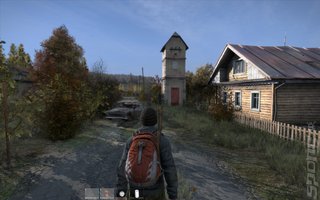 Don't expect much by way of polish, though. In a post on the game page, Bohemia says, "Be aware that our Early Access offer is a representation of our core pillars, and the framework we have created around them. It is a work in progress and therefore contains a variety of bugs. We strongly advise you not to buy and play the game at this stage unless you clearly understand what Early Access means and are interested in participating in the ongoing development cycle."

In case that didn't get the message across, there's also this: "Warning: this game is early access alpha. please do not purchase it unless you want to actively support development of the game and are prepared to handle with serious issues and possible interruptions of game functioning."

Bohemia says it doesn't even expect to enter beta for at least another year.

The game is an open world zombie sim. That's a genre, right? It started life as a very unforgiving ArmA 2 mod in which your goal was simply to stay alive, with a strong multiplayer component that enabled you to either team up or ruthlessly take out other players for their resources. Now Bohemia is working on making a full game of it.

You can get at the early access version of the game here.
Companies: Bohemia
Games: DayZ