Halo 2 Anniversary Multiplayer "Would Have to be Fantastic" - Microsoft 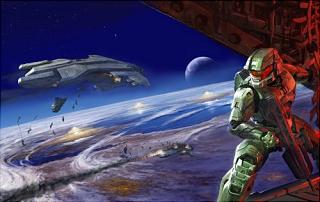 Asked by IGN what the most important feature of the game (which is widely expected for this year but unconfirmed) would be, Spencer said (with a smile, apparently), "In this fictitious world where that game existed it's an easy answer: it has to be just the multiplayer experience that we all found in that first Halo 2 game. If you think about what happened in the franchise and what were the hallmark moments - when did duel wielding come in, when did another playable character that wasn't Master Chief come in?

"All the things that you and I know about the evolution of the franchise, if you're going to say one thing about Halo 2, you're going to talk about real multiplayer. I think you just have to nail that in just such a fundamentally core way.

"If there were something called Halo 2 Anniversary," Spencer said, "I think the multiplayer would have to be fantastic."

Spencer himself teased an Anniversary release for Halo 2 when he tweeted, "Never get tired of questions on what's coming. Just can't always answer as we need news at events. Halo 2 is a good game..."

Plus, it's been 10 years since the release of Halo 2, and anniversary editions of its big games is something Microsoft does now. So, yes, fingers crossed for a multiplayer component worthy of Halo 2 and Xbox One...