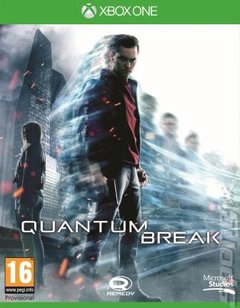 Phil Spencer has hinted at the model behind Quantum Break, the upcoming Xbox One game (product? Property? Entertainment Thing?) in which games-based and televisual content will influence each other.

In an interview with OXM, it was put to Spencer that the interviewer could see how the Quantum Break game could influence the show, but not vice-versa. Spencer said that we're thinking about it all wrong, from the year 2013, where "television is one-way".

"The reason we're investing in TV is that over the last ten years we've seen how games change when they're connected to the internet", said Spencer. He pointed to things like achievements and friends, saying that, "Games now are actually services unto themselves, like League of Legends on PC."

Getting to the meat, Spencer went on: "What you're going to see in this game is, you're going to have choice in what happens in the video on the television. Let's just make up an example - I'm not going to say this is in the game - but you get to a branching point in the game or in the video where someone has a choice about which direction to go, like the old interactive books.

"Think about some kind of branching mechanic that you actually put into the video itself that allows the community to vote on how the video moves forward. And then the game would reflect the decision that was made in the television show itself."

So... you get to vote. It's X-Factor for genre fans, with a game added in. It'll be interesting to see how this plays out internationally.

GeraldineOliver35 9 Aug 2013 04:47
1/1
Different people in all countries get the <a href="http://goodfinance-blog.com/topics/home-loans">home loans</a> in different creditors, just because that's fast and easy.
Posting of new comments is now locked for this page.