Xbox Division Gets Taken Over by Spencer

Gets a bit of a re-shuffle 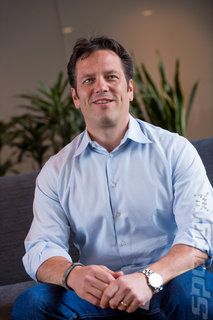 Phil Spencer
Longtime Microsoft executive Phil Spencer has been named head of a reorganised Xbox division over at Microsoft.

Spencer will report to Terry Myerson, who heads up the group developing operating systems as Microsoft attempts to bring the two groups closer together.

The hope behind the move is to make the Xbox business more focused and (everybody's favourite business word) agile. Elsewhere in the division Yusuf Mehdi will remain in charge of business strategy and marketing, George Peckham will continue to take charge of third-party partnerships and Mike Angiulo is in charge of hardware.

Spencer has some 25 years under his belt at Microsoft and has worked on the likes of Microsoft Money and Encarta (remember Encarta?) before more recently heading up Microsoft Studios.

"I am incredibly proud of the talented Xbox employees around the world and believe, like they do, in the power of technology to bring games and entertainment to life across console, PC, tablet and mobile devices. It’s been a remarkable year for Xbox and I am honored to lead the team at this incredible time for Microsoft and the games industry," said Spencer.

"I love the way the Xbox team is focused on great games and gaming experiences (go, Titanfall!), connects with its fans, pushes the boundary of entertainment and has embraced the power of the cloud in such interesting and impactful ways. Phil is the right person to lead Xbox forward," said Microsoft CEO Satya Nadella in a statement.
Companies: Microsoft Microsoft Game Studios
People: Phil Spencer