No Tax Relief for Game Makers 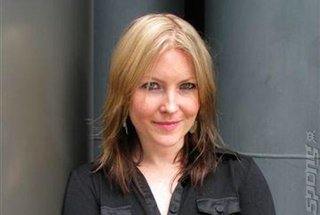 Jo Twist - CEO UKIE
The UK Budget was read into Parliament by Chancellor of the Exchequer George Osborne this afternoon. Missing from it was a rumoured tax relief program.

The Government did mention video games in its budget brief though... on page 71 of its published documentation is made a statement regarding Corporation Tax. Wake up at the back!

"2.114 Corporation tax: video games tax relief and high-end television tax relief ? The government will extend video games tax relief to goods and services provided from within the European Economic Area and apply a cap on subcontracting of Ł1 million per game, subject to state aid clearance. The legislation will also be clarified so that only those games and television programmes qualifying for relief will be treated as separate trades. (Finance Bill 2014)"

UK game publisher lobby group has responded with CEO Jo Twist stating: "The ongoing delay to the UK games tax relief scheme has been very frustrating for UK developers. Whilst there was not any announcement about the European Commission?s decision in this year?s budget, we continue to be confident that our case is strong and that we will receive word from the EC soon. We know that the Treasury and other UK government departments have worked hard to convince Europe of the case for UK Games Tax Relief, and we will continue to do everything we can to help push tax relief over the finishing line and get this vital scheme in place for UK developers as soon as possible?.

Do you think game publishers should get tax relief? Let us know in the comments.

ergo 19 Mar 2014 16:00
1/2
No, they should not, because there is nothing 'special snowflake' about the game biz versus other sectors--and God forbid, individuals--who are propping up your ridiculous, Labour-built, welfare state.

PreciousRoi 20 Mar 2014 11:15
2/2
I think there should be a level playing field. full stop. That said, the simplest, easiest, and best method to accomplish this level playing field, which IMNSHO, should apply across media, and indeed, industry, would be to abolish tax breaks worldwide. Corporations (and their shareholders) like their tax breaks, politicians like the leverage the ability to grant (or deny) them, activists and special interest groups like the social engineering implications, and Tax Accountants like having gainful employment. If they are to believed (they are not) the only viable alternative is a tax breaks arms race, or else all the games devs will move away and no one will drive Priuses.

That said, perhaps in the current climate such tax breaks are necessary for UK devs to compete in the worldwide market, I don't know, not really interested to even WANT to know what we here in America would call the "Inside Baseball" of the implications of worldwide tax incentives on game developer finances, except insofar as to declare the fact that they have ANY effect deplorable.