Want a tax break to make a game? Read this. 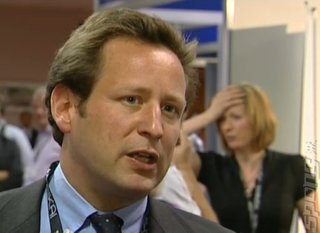 After negotiating a few hoops UK game developers can now qualify for tax relief similar to that already received by "high end TV" and movies. One of those hoops is the Cultural Test. This has now been clarified by the BFI.

This Cultural Test has been misunderstood according to some sources to mean that a game must be set in the United Kingdom. But its that the case? Here are the draft guidelines:

You can read them in full here. But for now you'll see that the test produces as point score. The Bfi states:

"The cultural test is a points-based test where the project needs 16 of a possible 31 points to pass. It comprises of four sections:

And here's where those points are accrued:

Section A ? Cultural Content
A1 - Set in the UK or an EEA state or (Up to 3 points will be awarded for set in an undetermined location) - Up to 4 Points
A2 - Lead characters British or EEA citizens or residents (or characters from an undetermined location) - Up to 4 Points
A3 - Video game based on British subject matter or relates to an EEA state or underlying material - 4 points
A4 - Original dialogue recorded mainly in English language or one of six UK indigenous languages - Up to 4 Points

Also in Tax Relief news is the fact that the Ł188m figure being bandied around the media as the amount of money the breaks will bring into the UK, well, Ed Vaizey, UK Minister for Culture, Communications and Creative Industries isn't confirming that.

MCV asked him: Can it bring in Ł188m in extra revenue for the UK games industry like TIGA predicts?

Vaizey responded: "I haven't seen the details of the estimate, but the key point is that we have seen how successful the film tax credit has been in terms of bringing massive investment into the UK film industry. We have seen in a year the animation tax credit effectively stop the animation industry leaving the UK, and it has gone further in making it start to really grow."