UK Games Industry to Europe: Hands Off Our Tax Breaks! 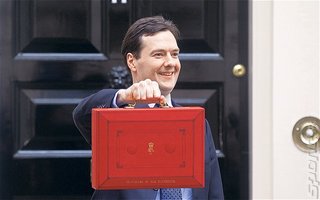 It's what he would have wanted.
?We are extremely disappointed that the European Commission has decided to open an in-depth investigation into production tax credits for the UK games industry," so says Ukie CEO, Dr Jo Twist in regard to today's breaking of an EU enquiry into tax breaks for the UK video games industry.

We reported earlier that the European Union is looking into the planned tax incentives for UK creative industries including video games. It's not gone down well with Ukie, one of the bodies that represents games makers in the UK.

Dr Twist continued, "We believe this support is crucial in opening up the opportunity for developers to make culturally British games, but also as a vital incentive for development studios and large multinationals to base their development in the UK and nurture the talent here. We are still confident of having the scheme introduced and are fully committed to having it in place as soon as possible.?

She also pointed up the fact that, ?A similar investigation into the French games tax relief system was successful but this took 12 months to conclude," before indicating that, ?The UK games industry needs tax breaks in place in order to be able to compete with other territories and to be able to grow to its full potential. One of the key questions that the Commission is asking is whether there is an obvious market failure in the UK games industry. We shall be gathering evidence to show that British games, being created by British games businesses, are not being made in significant enough numbers for the UK industry to compete globally.?

She also put out a ?It is vital that games businesses help to supply evidence as part of this investigation. We will be reaching out to all games businesses and working with TIGA to make sure that the industry speaks with one voice on this crucial issue.

?We are in constant dialogue with UK Government and know that they remain 100% committed to the introduction of the reliefs and shall be working together to respond to the Commission?s questions.?

Also involved in the official response was Andy Payne Chairman of Mastertronic and CEO of AppyNation who commented, saying: ?Running a games developer in the UK, this news is incredibly disappointing to me. Tax breaks will be a vital component in allowing the UK games industry to compete on a level playing field and helping it to once again grow to its full potential. We must all work together to make sure that this situation is resolved as quickly as possible for the sake of the UK games development sector.?

What do you reckon? Tell us in the Forum.