All in this Together: Tax Breaks for Games

Inside info suggests that game makers may get a boost 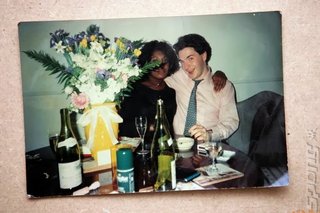 The Chancellor relaxing before a game of Leather Goddesses of Phobos... not.
The UK's budget is coming on Wednesday and it's expected that Chancellor George Osborne will announce the long-awaited tax break scheme for makers of video games in the UK.

Details on the 'tax relief' plan are scant to say the least, but lobbying by industry groups such as Tiga and Ukie has constantly drawn attention to similar screens offered in France and, once upon a time pre-austerity, to the UK's film industry.

MCV apparently has access to inside info on this. It's running a story that states that:

"(a) source close to the Department for Culture, Media and Sport, who said that preliminary meetings have already been held with senior games industry executives.

"If the announcement is not ready in time for the Budget, we can expect news over the following weeks. This development comes on the back of culture secretary Ed Vaizey telling the games industry last month that an announcement was ?imminent?."

As yet no one seems to be clear on the payback to the British Tax Payer for offering a chunk of tax-free cash to game publishers - notoriously a individualist, maverick and self-starting group of people who up until recently have baulked at any form of government intervention.