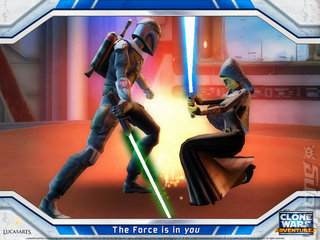 "With Heavy Hearts, We Announce the Sunset of Free Realms" says Sony Online Entertainment. 'Sunsetting' is of course Bullshitish for 'closing it because it's not making cash'. And there is more...

'Free Realms has truly been a labor of love for SOE (even our own president?s kids are huge fans and active players of the game!)' and 'In a nutshell, the game has reached a stage in its life cycle where players are growing up and moving on to other games'... (e.g. No one is playing it).

The Clone Wars announcement reads: "It is with sadness that I announce the news that Star Wars: Clone Wars Adventures will end March 31, 2014. We?ve had many incredible experiences with you over the years. We?ve fought epic battles and made unbelievable memories. It was a very difficult decision to make, but we knew this day would come eventually."

In other related news, IGN reports that, "Sony has announced that it will offer its PC MMO players a single subscription model covering multiple titles from April.

"Called All Access, the programme will offer a range of benefits and discounts for $14.99 a month, though this amount can be reduced if you tie yourself into a longer plan. These include 500 Station Cash each month from within game marketplaces, a 10% discount on marketplace purchases and exclusive promotions.

"Free-to-play members will still be able to play games without paying for them and the new consolidated payment options are only available on PC right now."

Alice Rainier 28 Jan 2014 05:14
3/3
I really enjoyed Wizardry Online. It was a cross between Fable and playing D and D with my nerdy friends when we were still virgins. It had a ton of promise, and only a few serious flaws that were fixable (I'd discuss them, but what's the point?).

The failure of WO is a failure of marketing and business strategy. I know it's more than reasonable to expect Sony to give a damn about good gaming and the good programmer's time that made that game, but I seriously doubt that I will spend another dime on a Sony game again.