Sony Will Ban You if You're Rude... on Twitter 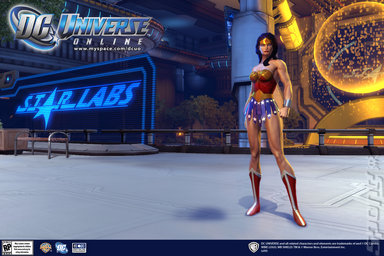 As a gamer herself she understands the rampant sexism and misogyny found in online games, it was, " one of the reasons I started playing as a male dwarf. I made a female wood-elf, and it was, 'Hey baby, nice rack!' So I made a female human - not as attractive - and it was still just people wanting to cyber. I finally went for a male dwarf, because nobody wants to touch that." But now she wants to monitor other networks for ban hammering.

She tells GamesIndustry that, "Not only will we ban your forum account, but if it's serious enough we'll call up customer service and have you banned from all of our games. We do not need those individuals as customers.

"A very influential player, high up in a huge guild - we'll still ban them... In our games, if you are an exploiter we don't care who you are, how big your guild is, how many people you threaten to take with you when you go."

All fair enough thus far but then...

"We can control anybody who's playing our games...[but] if we know who you are and you're abusing somebody on Twitter, we will ban your game account and we will not accept you as a customer ever again. It's not always possible to identify people but we take that seriously."

Woah now. How on earth are you going to be able to do that?