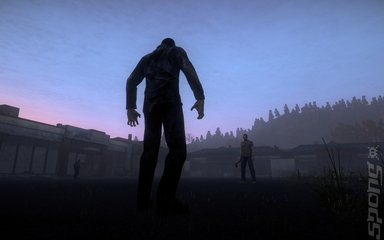 All Images (5) »
Sony Online Entertainment has spilled some beans on its upcoming survival MMO, H1Z1.

SOE president John Smedley talked the game up on Game Talk Live. The first proper look that gamers will get at it isn't too far off, with Steam Early Access coming in four to six weeks. A PlayStation 4 release will follow at a later date.

The game's set in a post-collapse world where most of humanity has been wiped out by a virus, and the infected have zombie-like qualities that make them bad to be around.

The game will be free-to-play, but Sony says it won't be pay-to-win.

"The H1Z1 virus devastated mankind and left nothing but death and destruction in its wake and a world nearly empty of human life where the remnants of humanity are in a fight against extinction against those infected with the virus," Smedley said.

"It's been 15 years since H1Z1 was first encountered and what's left of the world before it is overrun with the Infected. Humanity has been reduced to hiding in the shadows, searching desperately for food and water and anything that can help to survive even for another day. But the Infected aren't the only dangers in the world. Everyday life in the Apocalypse means dealing with all kinds of wild animals and the brutality of other survivors, as well as finding your next meal and a safe place to sleep."

The game will start in an anywheresville, middle-American town, but Smedley said that SOE will continue to expand the world until it has its very own version of the US.

The game will run on Sony's Forgelight MMO engine, which can support up to 2,000 players in one instance and will have a persistant world. Smedley said this will make for a strong economy and create the potential for alliances.

There will be a strong emphasis on crafting and building defensible bases, Smedley said. "The main thing that differentiates H1Z1 from the other great games in the genre is the emphasis we are putting on player ownership and building."

Sony wants to enable players to interact with the game world however they like, and made the obvious comparison. "To use a simple reference I'm sure everyone interested in this game will get... we want our players to make Woodbury from The Walking Dead if they want to. Or take over a prison. Or fix an old car so you and your friends (yeah we have multiplayer vehicles) can run zombies and players over mercilessly, and revel in the sheer delight of hearing a zombie scream as you light it on fire, or craft a gun to take down your friends and enemies alike."

During the show Smedley also revealed that SOE has had its first player make $100k through in-game transactions.

Take a look at the video below for more details and gameplay footage.