Spencer: Microsoft is Committed to Xbox 360 for "Years"

Plans to give it longer tale than Xbox One 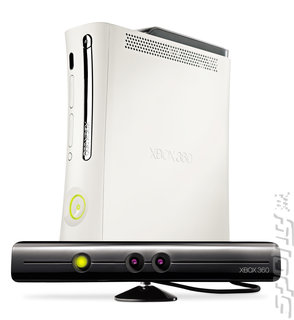 Remember these?
"[The Xbox 360 is] something we'll remain committed to on the content side as well as the platform itself," said Phil Spencer in a recent interview.

Bluntly asked by OXM, "How much longer will you be supporting the Xbox 360?" Spencer said:

Years. Last generation was different for us, we moved pretty quickly. This time, you will see us staying committed to the Xbox 360. I think it's a great platform. In certain areas, like trying to switch apps quickly, it shows that it was built in a different era, but in terms of the price point, the content library - I don't have the stats, but I bet it's the largest content library ever created in the history of the game space. So it's a great time even now to get into the Xbox 360 ecosystem. It's something we'll remain committed to on the content side as well as the platform itself.

"Largest content library ever created in the history of the game space" - There's a nice big claim for you. Whether that means support in terms of original content or support in terms of keeping the infrastructure running so others can produce the content isn't clear, of course. There's certainly a nice big install base there that indie devs can keep servicing without worry of maxing out the hardware, though.