Xbox One - Connect Once a Day or Don't Play

You don't own the games - You must connect to the Internet 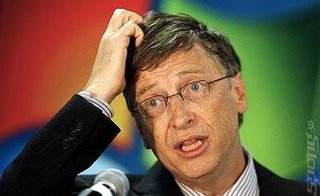 Having cancelled its E3 media roundtable - during which soft answers tend to be crushed under the weight of hard questions - Microsoft last night released devastating "clarifications" on how the Xbox One could control your gaming life.

The sentence, contained in a document called "Xbox One: A Modern, Connected Device" that has set most alarm sirens screaming regards the Internet connection required and how this affects game ownership. It makes nasty reading for anybody thinking of buying the new Xbox One game console and potential Sky TV box.

It states, "With Xbox One you can game offline for up to 24 hours on your primary console, or one hour if you are logged on to a separate console accessing your library. Offline gaming is not possible after these prescribed times until you re-establish a connection, but you can still watch live TV and enjoy Blu-ray and DVD movies."

So, while the company can indeed state that an "always on" Internet connection is not required, you the user must reconnect at least once every 24 hours to play your own games - or if you're not using your primary console, you must connect once an hour to play your own games. A non-primary console is, for example, a console round at your friends house on which you are playing one of your games. It could also be an Xbox One at your home belonging to a family member.

Connecting once every 24 hours to play off-line does not sound too arduous unless, of course, you've moved house and are waiting reconnection; or if your home Internet connection goes down.

As for the games, well, as we all knew but never really liked to admit, they are not your games. The game belongs to the publisher.

A document entitled, How Games Licensing Works on Xbox One, states, "Today, some gamers choose to sell their old disc-based games back for cash and credit. We designed Xbox One so game publishers can enable you to trade in your games at participating retailers." For some reason, it also feels the need to state that, "Microsoft does not charge a platform fee to retailers, publishers, or consumers for enabling transfer of these games."

There is yet more clarification here with one whopper of a caveat at the end, "In our role as a game publisher, Microsoft Studios will enable you to give your games to friends or trade in your Xbox One games at participating retailers. Third party publishers may opt in or out of supporting game resale and may set up business terms or transfer fees with retailers. Microsoft does not receive any compensation as part of this."

OK, so far, so not really different. But then: "Xbox One is designed so game publishers can enable you to give your disc-based games to your friends. There are no fees charged as part of these transfers. There are two requirements: you can only give them to people who have been on your friends list for at least 30 days and each game can only be given once."

Which elsewhere is given this caveat:

"In addition, third party publishers can enable you to give games to friends. Loaning or renting games won?t be available at launch, but we are exploring the possibilities with our partners."

Exactly when this will be available has not been made clear. We don't expect it any time soon.

Basically, as we've already noted because retailers are in a last stand against direct digital delivery from game publishers (and to protect increasing publisher profits) most of the above is a protection against disc-based pre-owned.

We can only hope that if these disc-protection rules cut in, the price of digitally delivered games will drop given the additional costs of boxing, transport and warehousing and retail margins are taken off. Also, if you're an Indie store, well, are you going to be able to afford Microsoft's Xbox One POS systems?

All of this, however, is predicated on one massively flawed assumption stated upfront with an arrogance that is quite amazing:

"A new generation of games with power from the cloud: Because every Xbox One owner has a broadband connection, developers can create massive, persistent worlds that evolve even when you?re not playing."

We are not even sure this is true of the Microsoft Homeworld in the USA. Is it true for you? Tell us in the comments or in the Forum.

Sources:
How Games Licensing Works on Xbox One
Xbox One: A Modern, Connected Device
Privacy by Design: How Xbox One and the New Kinect Sensor Put You in Control
Companies: Microsoft

Daz 7 Jun 2013 10:51
1/5
At one point my 360 wouldn't connect or stay connected for like a month and it'd been like 6 months since I was on it last, but at least I could still play, so my achievements didn't get a time stamp big whoop(who's smart arse idea was that?), I don't think I wanna risk my Xbox One not connecting and not being able to play when I want, no pre-owned/lending I could live with, no one else I know would have gotten an xbox anyway, but not being able to play because I can't connect to the tinterwab is retarded.

king skins 7 Jun 2013 11:20
2/5
We have 22million broadband subscribers in the UK and its growing by ~2% a year. I'd also imaging that high proportion of gamers have broadband. Source

I'd be quite happy with this if they increased the 24hr period for checking in with the servers, to maybe a week...? With the ability to prolong this once a year for your whole library (upto a month) to cover off people moving house.

config 7 Jun 2013 12:01
3/5
Complete and utter arse, Microsoft. Firstly, I couldn't give a toss about controlling/augmenting my TV via your Bone. Secondly, and this goes out to all publishers too, if you expect me to sick up 50 or 60 quid for a new game, you better f**king let me sell the last one to part fund it - and not just at your tightly controlled list of approved "dealers".
Cue more MS multi-headed mixed messages as the scramble to control the discussion and outrage.