But there's something coming in 2014, too 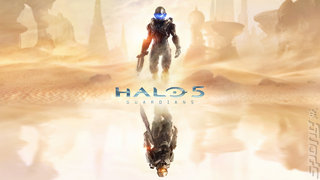 All Images (2) »
Microsoft has announced that "the next installment in the legendary saga of the Master Chief" will be Halo 5: Guardians, and it will be on Xbox One in Autumn 2015.

Microsoft had some other things to say about the game, most of them a bit vague. ?Halo 5: Guardians is a bigger effort than Halo 4," wrote 343 Industries GM Bonnie Ross in a post over on Xbox Newswire. "That applies to the content and scope of the game, as well as the technology in what?s now a brand new and more powerful engine. Certainly there are some core elements carried over from prior games, but we?ve invested a huge effort in retooling our tech to take full advantage of the Xbox One?s hardware and ecosystem to create worlds and experiences worthy of next-gen.

"It?s a game that will hopefully demonstrate the talent, learnings and abilities of the 343 Industries team. A game that will incorporate the things we learned from Halo 4 about technology, aesthetics, performance and scale ? and perhaps more importantly, understanding and embracing a community of gamers who love what lies at the heart of this game, and the limitless potential of the Halo universe."

There was also a cryptic tease that we'll be seeing something significant and Halo-related before the year's out, too. "Many fans noted that I was very deliberate with my phrasing on stage at E3 last year. I spoke about a 'journey,' rather than a destination ? and that journey definitely begins in 2014 with a giant leap, rather than one small step," Ross wrote. We're promised more information at Microsoft's E3 press briefing.

It's not the Halo TV show, either. Ross explicitly said that the show will launch in Autumn next year, around the same time as Halo 5.
Companies: Microsoft
Games: Halo 5: Guardians