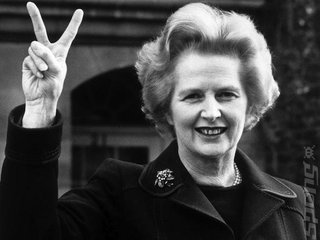 It's what she would have wanted
A press release entitled, "State aid: UK video games tax relief faces Commission scrutiny" has come out of the EU like Napoleon's armies chasing Paolo Di Canio's beloved leader's airforce into the heart of the tax breaks that organisations such as Tiga and Ukie have fought so hard for.

The release states that "Commission Vice-President in charge of competition policy Joaquín Almunia observed: "The market for developing video games is dynamic and commercially promising. It is not clear whether the taxpayer should be subsidising this activity. Such subsidies could even distort competition."" It continues:

"The European Commission has opened an in-depth investigation into the proposed UK video games tax relief. The objective of the measure is to provide an incentive to video games developers to produce games meeting certain cultural criteria. However, the Commission considers that there is no obvious market failure in this dynamic and growing sector and that such games are produced even without state aid. Consequently, at this stage, the Commission doubts that the aid is necessary. The opening of an in-depth investigation does not prejudge its outcome. It gives the UK and other interested parties the opportunity to comment."

And it is strongly worded stuff from thereon in:

"The UK intends to introduce a 25% tax relief on a maximum of 80% of the production budget of a qualifying video game for expenditure on goods and services used or consumed in the UK. However, based on the information available at this stage, the Commission doubts whether:

"- aid is necessary to stimulate the production of such video games;

"- limiting expenditure for the tax relief to goods or services 'used or consumed' in the UK would not be discriminatory;

"- offering this type of aid would not fuel a subsidy race between Member States; and

"- the proposed cultural test ensures that the aid supports only games with cultural content without leading to undue distortions of competition."

This is a very, very serious challenge indeed. But, is it valid? Does the UK games industry need help to be competitive? Tell us in the Forum.