Peter Molyneux is Not By Any Measure a Wealthy Man

That is not by any measure 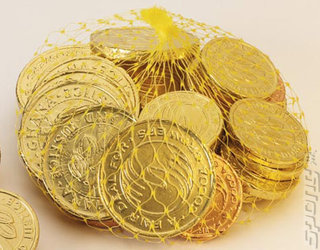 The owner of development house 22 Cans, an industry legend, previously the man at the helm of creativity at Microsoft Game Studios, before that the man responsible for legendary video game companies Lionhead and Bullfrog, Peter Molyneux is, "not by any measure a hugely wealthy individual." We know this because he said so.

"I am not by any measure a hugely wealthy individual. I live in a nice house. I have two cars. My son goes to a nice school. We take one holiday a year. By anybody's measure, you wouldn't call me wealthy," he says.

He continues to point out that in relation to people thinking he is hugely wealthy but it still seeking Kickstarter funding for his new game, Godus, "I think the confusion is that for every game I've done, I have received vast, huge riches of royalties from. In fact, most of the royalties from my games have gone into continuing to fund the company. And then with every company I've sold, the philosophy has been the same, that I've shared the ownership of the company with the people who are involved in it."

He then states that, "A lot of people think that people like myself shouldn't enter into Kickstarter, that it's only for struggling developers. We are very fortunate that I had received money to found 22Cans and we're off to a running start. But again, those resources are finite."

We live in masses amount of hope that, finances aside, 22 Cans staff produce a fine video game that enable them to be proud and to go on and produce more great games.