Molyneux: Microtransations Not Integral to Godus on PC 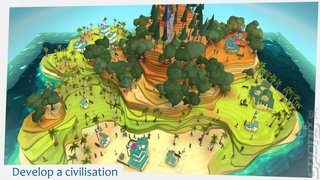 All Images (2) »
Peter Molyneux has explained that while the shop in the Steam early access version of Godus contains the words, "There is no shop", there will actually be a shop. But it won't be that important. Understand?

The appearance of a shop in Godus upset players as they came to expect that the game, which is priced at Ł14.95 and so decidedly not free-to-play, would require players to make microtransactions to progress. The response from Molyneux's 22 Cans was to post the words "There is no shop" in the shop. Deep stuff.

"I actually like shops in games," Molyneux told Eurogamer. "This whole thing about micro-transactions and free-to-play has got out of all proportion. Consumers want developers to give extra content, and these shops are a way of doing that."

Striking for middle ground, though, he said, "If you pay Ł14.95 for Godus, that should give you the complete experience, but like almost every game I've worked on, it doesn't mean we're not going to give you more stuff in addition. Every Fable had an add-on disc. If in Fable we could allow you to download the add-on disc as soon as you'd finished you would take us up on that. And that's the way I think of this shop."

He went on to note that the content could be anything from silly hats for everyone to a full level, but that none of it will be necessary to get on in the main game. And players won't be able to buy gems. This model won't necessarily be the one used in the mobile version, though.

"The actual truth of it is, on mobile, free games outsell paid games by twenty to one", Molyneux said. "It's a ridiculous number. So we've got to think about, maybe there's a way of not charging. We haven't decided this yet. Maybe we won't charge to download Godus on mobile, but we'll use some sort of shop mechanic."

Molyneux also said that he sees in-app purchases as the way forward for bigger, pricier games. "Do I want to go into a store and pay Ł49 for a game in five years time? Some form of in-app purchases is the future of these games. Ł49 is a hell of a lot of money to pay for something without trying it. And what free-to-play at least allows you to do is play the game and see if you like it before spending any of your money on it. As long as we as an industry don't overplay the addiction card and get people hooked and then demand money from them then I think free-to-play should be part of our gaming experience."