Will he be good? Or evil? 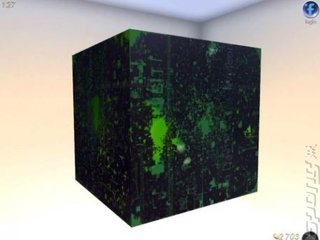 The winner of Peter Molyneux's mobile experiment, Curiosity: What's Inside the Cube?, has been revealed. His name is Bryan Henderson, he is 18 years old. And his prize? He will be the God in Molyneux's upcoming sim, Godus.

Henderson will work with the 22cans studio to implement his own rules and morals into Godus, and will have the power to change how the game is played for everyone else. Basically, the fate of all players in a simulation game will come down to just one person, and it's up to Henderson whether he wants to make everyone prosperous or suffer (or a little bit of both).

As the God of the game, he will also be rewarded financially from Godus' success. In a winner's video, Molyneux revealed that Henderson will get a percentage of the sales of anything purchased by any player in the game. Watch the whole thing below - well done, Bryan. May your reign be long-lasting and benevolent.

Mar|'14
Molyneux on Godus: "I'm Sorry"
Oct|'13
Molyneux: Microtransations Not Integral to Godus on PC
May|'13
Curiosity Winner Will Play God For a Limited Time
May|'13
Molyneux Teases 'Next Xbox' Event Appearance