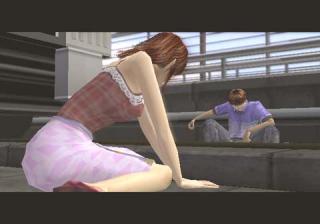 All Images (4) »
Development company Irem Japan has sent us some screens of its upcoming game called Zettai Zetsumei. The innocuous title conceals what has to be described as one of the strangest titles ever created.

The game follows a young reporter as he tries to rescue victims of a major Japanese earthquake. The game is best described as a pressure-adventure game, with the player having to fathom out how to rescue various trapped and injured civilians by finding necessary equipment around the city.

The game screens look amazing, we?re sure you?ll agree. It looks like a Shenmue-type affair, with loads of interaction and set tasks to perform. Irem has only just released information on the game to the Japanese market, and the company rarely likes to release anything other than R-Type outside of its home territory.

Nevertheless, we will keep you informed. We?re good like that, you know!
Companies: IREM