HD upscaling could be part of package 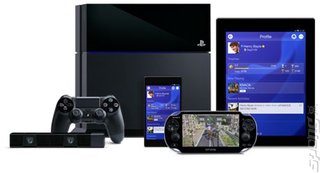 According to Eurogamer, only PS3 titles are currently set to run through Sony's cloud-based streaming service. PS1 and PS2 games, apparently, are set for the more tried-and-tested practice of local software emulation.

This comes from a "well-placed source working with Sony's streaming service" according to Eurogamer. That source has also said that "Sony is actively pursuing the ability for older titles to run without the blurry upscaling seen on PS3, suggesting that native HD resolutions are being targeted".

There's no word on how such download titles would be priced. It's up for grabs as to whether they'd be paid for individually or included within a PlayStation Now price package. It's also unclear as to whether the games will also find their way on to PlayStation Now at some point. There's no technical reason they shouldn't (although HD upscaling would be unlikely) and the downloads would still provide an option for those seeking better performance or with bandwidth issues.