The man who brought us Doom speaks developer sense 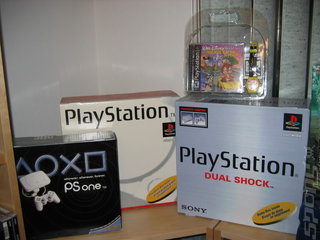 John Carmack has transcended 'Industry Legend' status to become an 'Industry Founding Father'. The man who brought us id Software and games such as Commander Keen and Doom may no longer be innovating but he is sharing his wisdom, specifically regarding wasting console momentum.

Speaking on the 20th Anniversary of the birth of Doom - and some people who didn't play Wolfenstein - the birth of the FPS, Carmack talked about his view of the mistakes made in simply updating consoles.

"Even to this day, I struggle a little bit with that; there?s so much you can still do on the previous console generation. The 360 and PS3 are far from tapped out in terms of what a developer could do with them, but the whole world?s gonna move over towards next-gen and high-end PCs and all these other things.

"Part of me still frets a little bit about that, where just as you fully understand a previous generation, you have to put it away to kind of surf forward on the tidal wave of technology that?s always moving. That?s something that we?ve struggled with in every generation.

"And now I at least know enough to recognize that some of my internal feelings or fondness for technology that I understand or have done various things with usually has to be put aside. Because data has shown over the decades that that?s usually not as important as you think it is."