And don't get him onto art 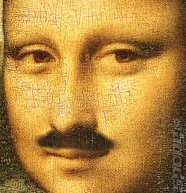 Rockstar Games joint supremo, Dan Hauser, has said what we all think on two game-related topics: Movies and 'Games are Art'.

Selling LA Noire to The Hollywood Reporter, Houser points out that:

"Virtually all movies made from games are awful, while many games made from movies are also pretty horrible. This will change, but with an ever more discerning audience, the goals of taking something from film-to-games or game-to-film have to be more than financial."

He doesn't stop there:

"If you feel the property has something about it that is universal or could work in another medium, and it is not simply about making easy money, then that is something worthwhile. Too often, however, the aim appears to be to cash-in on the success of a particular game, book, pop singer, website, etc., and that usually produces mediocre results."

As for the "Are games Art?" debate, Houser nails it with, "We try very hard to avoid the debate as to whether games are art, as it tends to attract people with too much time on their hands."