Sony on PS3: "We Have a Very Aggressive Plan This Year"

And beating Microsoft is a big part of it 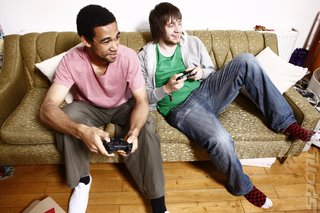 Sony's PlayStation software senior brand manager Scott McCarthy has been speaking about where he sees the PS3 and Sony in relation to the competition - he's been very unAmerican in his approach to bad-mouthing the competition, someone should have a word.

Speaking to IndustryGamers he said, "So do we pass Xbox 360? At the moment, I think we're trying to just keep up with inventory and trying to move as many units as we can through the channel.

"It's also one of those things where, do we notice what Microsoft is doing? Obviously, they are our competition. But is it like we surpass Microsoft or we fail? No. Our goal is to be profitable and we're going to achieve that this year and do even better next year. That's been Nintendo's position for years."

What on earth is Sony going to do to be profitable?

"We have a very aggressive plan this year. And when we're profitable we're happy. If we happen to close the gap with Microsoft in the meantime, then that's good too."

headcasephil 22 Feb 2011 16:41
5/6
i shocked my self last week as i spent a hole week playing ps3/360
and that was the fact that i could not use my steam account. i do find it stramge that new games that come out don't get me excited as much as em used to iv all so found my self plugging in my old consoles and re enjoying some classic retro i think that now a days its a crap game unless it cod just puts me off .

JH007 22 Feb 2011 20:31
6/6
@Daddy_Day_Care Same here I told my wife when it came out gotta get a ps3 gotta get a ps3 most of my friends with 360 has one, I dont know why considering its never played with. its sad i let my brother borrow it about a month ago and haven't even thought about it till now.
Posting of new comments is now locked for this page.