PS4 Beating Xbox One Again in the USA

Console hardware sales stats are in from the USA and Sony is in the lead. 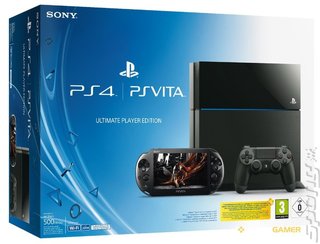 Sony is steaming ahead in the USA according to its own figures and stat collector NPD's nod of agreement during May. NPD isn't allowed or has decided not to report hardware sales figures you understand, but it can confirm them.

According to Sony SVP of Brand Marketing Guy Longworth, "PlayStation continues to be the best place to play for innovative IP, as PS4 was the preferred platform for May's biggest releases, including Watch Dogs and Wolfenstein: The New Order, and held four of the top five spots for next gen software sales."

MCV reports that, "Sony's PlayStation 4 led US hardware sales in May, finishing ahead of Xbox One for the fifth consecutive month according to NPD's latest monthly report," which provides some supporting evidence to Mr L's claim.

NPD also puts dollar values into the mix stating that gaming hardware sales for the period came in at $187m, an increase of 95% versus the same period last year. "The majority of the growth is attribute to PS4 and Xbox One sales, but Wii U and PS Vita hardware sales also saw significant year-over-year increases."

NPD analyst Liam Callahan stated that, "Two examples of hardware bundles that helped to drive hardware sales in May 2014 include Mario Kart 8 bundle for the Wii U, and the Borderlands 2 bundle for the PS Vita."