Rein: I'm Sorry For Being "A Jerk" 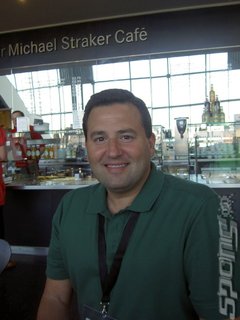 It's not often you see a public, heartfelt apology from the vice president of a world-renowned publisher. But Epic's Mark Rein felt compelled to send a letter to Cliff Harris of micro-developer Positech, following comments made during a Develop conference that appeared to undermine indie studios.

We covered this during our Develop coverage last week - at the time of the keynote, which featured several indie developers, Harris wrote a blog post detailing his thoughts on grass-roots marketing to journalists. Rein was apparently acting like "a jerk" in response to the panel, saying "something to the effect of '[One-to-one marketing?] Who cares, that's a waste of time.'"

The Epic VP promptly sent a letter of apology to Harris - a copy of which he forwarded to Develop - stating that "it was completely rude of me to interrupt your panel with my opinion, no matter how well intentioned.

"I'm supremely passionate about the plight of indie developers, and game developers in general, and I heard something I thought was incorrect advice and I just couldn't keep my big mouth shut." It appears that, in his loveable over-excited way, Rein was simply trying to make a counterpoint - something he said was coming from the viewpoint of Epic's indie heritage, rather than its status as a huge studio.

Rein has also contacted Develop to make clear that he is a huge fan of indie gaming, and drawn comparisons with the current independent scene and the shareware days when, in 1992, Epic was born; an era he stated has "amazing parallels" with the current indie eco-system.

"My only motive is to help people," he added, indicating that he is still a big fan of indie gaming. In fact, he goes so far as to call smaller studios "both my friends and customers."