Gears of War for Xbox One

Microsoft wants to bring the ancient series to the new console 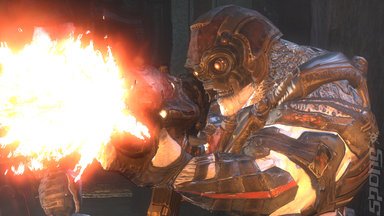 All Images (2) »
Microsoft wants to see the beloved old bromance of bug hunting and much grunting, Gears of War, to come to its shiny new console the Xbox One.

Yes, you might think that Gears is a lovely old dinosaur of a game that should probably stick to the fondness of memory and the memory card of the Xbox 360, but not Microsoft Xbox headman, VP Phil Spencer. Phil says this:

"Gears of War is developed by Epic Games, and they?ve been our partners for a long time on Xbox 360. You should ask Epic Games about what they want to do. We haven?t announced anything yet about Gears of War, but we hope to bring it to Xbox One in some form. However, there?s nothing more I can tell you at this time."

That's a near as "I really, really, really am going to make them bring it" as a middle-manager speaking CorporateSpeak can muster.