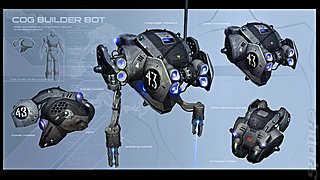 Surely nobody can be surprised by the news that Microsoft has taken Gears of War (the IP) off the hands of Epic for an undisclosed fee?

And that's exactly what has just happened. According to Canada's Globe and Mail newspaper, "Gears of War now belongs to Microsoft, the company has announced. In an interview on Friday, Jan. 24, Microsoft Studios head Phil Spencer said the deal to acquire the grim and gritty shooter from creator Epic Games was made in order to have ?complete freedom to move the franchise forward.?

The paper further reports that, "Vancouver?s Black Tusk Studios, which is owned by Microsoft, has been given the reins of the Gears franchise. The existence of Black Tusk was revealed in November, 2012, after having been operating under the radar for a year, and the staff have spent the past two years adding staff and getting systems up and running. ?We?re going to hit the ground running with a talented team in place,? said Spencer.

"If this sounds a lot like what Microsoft did when it bought the Halo franchise from Bungie, it should. Spencer said he was committed to having the right studio to work on the right franchise. ?I think those two things tied together leads to great success,? he said. ?We?ve seen that with Halo and we wanted to apply the same strategy with Gears.?