Also sued by the visually impaired 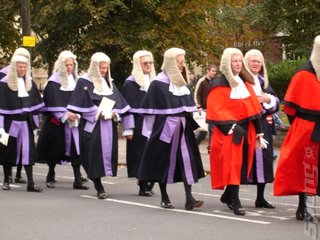 It's not Sony's week when it comes to litigation in the United States. Three people are separately suing the company for various perceived flaws in its PlayStation and online products.

First to the stand is Alexander Stern, a vision-impaired gamer from California, who is claiming that Sony Online Entertainment and SCEA of "violating the Americans with Disabilities Act by failing to implement features to make its games accessible to visually impaired gamers."

Without naming any games in particular Mr Stern claims that, unlike World of Warcraft for example, Sony has failed to provide gamers with cues to direct them in-game. He does cite Transformers, which uses voice-overs as well as a high-contrast compass. He also states that despite several emails and snailmail, Sony has refused to respond to his requests.

Of course, being a legal action in the States, Mr Stern also claim that as he's unable to access related auction sites, he's suffering financial losses.

Next up are two gamers from Texas and Iowa who are claiming that "unlawful, unfair, and fraudulent business practices include, but are not limited to, misrepresentations regarding the fitness of the PS3 and software updates, failing to disclose defects in the system and software updates, and refusing to repair PS3 systems free of charge."

Basically, both gamers are claiming undisclosed damages due their PS3s failing to work after the installation of firmware updates 3.0 and 3.1.

Sony has not commented on any of the litigations so far.

lurked 9 Nov 2009 16:56
2/3
LOL.... a blind guy suing because he can't play a VIDEO game???!!!! he should sue Toyota for not making a speaking car, or sue Viking for not making stoves that cook for him. I hope that lammer gets stuck with paying sony's legal feels. oh no, I don't have arms so I'm going to sue nintendo because the wiimote is designed to be used with HANDS!!!! *rolls eyes walks out*

Way 23 Nov 2009 01:20
3/3
I can see this, if they are visually impaired, rather than completely blind, they may have limited visions, not seeing details maybe contrast or just shapes, but able to play providing they have enough cues.

But suing Sony because visual games are hard for visually blind people to play is another things, and in the too hard basket. It is possible to make a display that displayed images as 2D bump/Braille matrix with little rods or deformable surface (controls are an issue, but it would be possible to rig up a alternative to free both hands up).