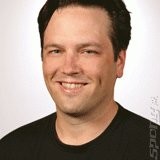 Microsoft Game Studios is opening up a European division, based out of its Reading HQ, headed up by Phil Spencer (pictured). This looks like a serious thrust into Europe - at a time when rival, Sony, has recently laid of some of its own European studio staff - as Spencer's current role is general manager of publishing of first party titles for Microsoft.

The move is part and parcel of Microsoft’s aggressive courting of European game development talent.

“Europe is a really important market for us,” Spencer says. “Microsoft-owned companies like Lionhead and Rare have been important partners alongside companies such as Bizarre Creations and Real Time Worlds."

"We want to continue to grow that and to work with the best talent in Europe. The history of European games development is rich. Europe has always boasted some of the best talent – we’re looking forward to working with that talent even more".

Apr|'14
Xbox Division Gets Taken Over by Spencer
Apr|'14
Microsoft Game Studios Lays Off Staff
Mar|'14
Halo 2 Anniversary Multiplayer "Would Have to be Fantastic" - Microsoft
Aug|'13
Spencer: Microsoft is Committed to Xbox 360 for "Years"