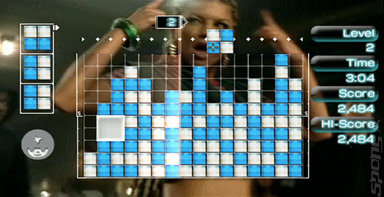 Fall Line is to focus on developing games, ?based on Disney's characters, television shows and entertainment franchises as well as creating new intellectual property for the Nintendo DS and Wii game systems."

Fall Line Studio will operate as a sister studio to Buena Vista Games? award-winning Avalanche Software studio, also in Salt Lake City. The studio will be headed up by industry veteran Scott Novis, formerly general manager of Rainbow Studios, who said, ?The opportunity to grow a new studio for Buena Vista Games after success with Rainbow is right in line with my goal to create great games for the mainstream. BVG has an excellent management team, a can-do corporate culture and a treasure trove of great intellectual properties that make it exciting for us to start something new.?

Getting cash from games based on Disney?s many valuable intellectual properties is clearly a no-brainer. The promise of new IP from BVG, a publisher that has recently (and somewhat surprisingly) gone way up in the estimation of the hardcore for its partnership with Tetsuya Mizuguchi?s Q Entertainment, is a tantalising proposition, however.

?This studio will be one of our centers of creative excellence and it gives us the ability to fully capitalize on our properties and expand our market share on Nintendo platforms,? said Graham Hopper, senior vice president and general manager of Buena Vista Games.

SPOnG has put a call in this morning to Buena Vista in the UK to find out more specifics about the publisher?s plans for Wii and DS in 2007, so we will keep you updated on that as soon as we hear back.