The Wii U is just not getting close to making it 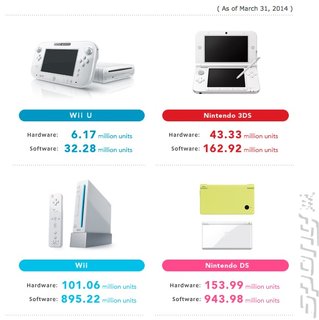 Nintendo is going to have to face facts: a major restructuring, including compelling new hardware and possible management changes, is called for. It has just posted a Ą23.2 billion (Ł134,802,202) loss for the year to March 31st 2014.

This loss compares to a profit of Ą7.099billion in the period to March 31st 2013. The reason? Well basically the Wii doesn't sell anymore and the Wii U hasn't started to make the same level of impact as its predecessor.