Tetsuya Mizuguchi Walks Out on Q 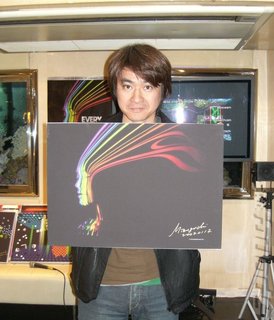 Tetsuya Mizuguchi - the man behind such titles as Child of Eden, Every Extend Extra, Lumines and Rez - has left Q Entertainment, the company he set up.

Along with him - or at least at the same time - goes CEO Shuji Utsumi. Apparently the latter's departure is related to a share deal with the distinctly ungamey Sanyo Chemical Industries.

CVG reports that, "A person familiar with internal discussions at the corporation, who wished to remain anonymous, says Utsumi's departure is connected to an acquisition of Q Entertainment's stock by Sanyo Chemical Industries."

Mizughchi has - as we reported some time ago - already spread his wings to new adventures. However, it appears that he actually left the company last year.