TJ Davis to guest at Richard Jacques gig during GameCity '06 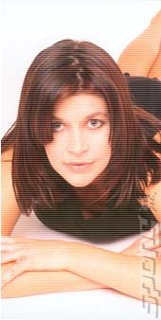 TJ Davis
23rd October 2006. Nottingham, UK. As if it weren't enough that games music legend Richard Jacques was performing exclusively at the launch festival in Nottingham - today GameCity is ecstatic to announce a very special guest star at the event.

During the candle-lit recital 'SEGA: A RETROSPECTIVE' Richard will be joined by none other than fellow music legend TJ Davis, thereby forming a collective of legends.

Acclaimed vocalist TJ has worked with artists as diverse as Gary Numan, D:ream and Blur - although she is most renowned in the videogames world for her work with Richard on Sonic R and Metropolis Street Racer.

TJ commented, "I'm so excited to be able to perform with Richard at GameCity. Having performed all over the world with some of the greatest artists, it's a dream come true to finally be performing my videogame work in a 14th Century Church."

Richard himself was unavailable for comment, having locked himself away in the studio to rehearse for the concert at 2pm on Saturday 28th October.

Comment was however received from SEGA exec Phil Lamb, "This is fantastic news for anyone who cares about music let alone videogame music. To get two seminal figures such as this performing live together is a truly unique event."