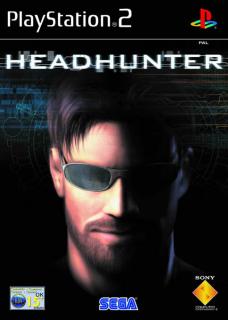 All Images (2) »
The Amuze/Sega developed title Headhunter features what has been described as one of the most ambitious game soundtracks produced to date, utilizing an orchestra and a recording studio often used for feature film soundtracks. The forthcoming PS2 title features music composed, arranged, orchestrated and produced by Richard Jacques and recorded at Abbey Road Studios in London, England.

Composer Richard Jacques secured a budget for the 67-piece London Session Orchestra performing the Headhunter soundtrack, assembled especially for the project, and made up of some of the finest session musicians in Europe. Each member of the orchestra has either held a principal seat in one of the major London orchestras, or has enjoyed a successful soloist career on the concert platform. The orchestra's long list of credits include the film soundtracks to The World Is Not Enough and The Mummy.

The soundtrack was recorded at Abbey Road Studios in January 2001. Since its conception in the 1920s and subsequent opening in 1931, Abbey Road has been at the forefront of the recording industry. Over the years it has attracted artists, producers and engineers of the highest calibre, The Beatles making it a household name. Studio 1, the venue for the recording of Richard Jacques' Headhunter soundtrack, is one of the largest purpose-built symphonic recording studios around and it has some of the best symphonic acoustics in the world.

"It makes a huge difference to record somewhere like Abbey Road", says Jacques. "This studio has a very symphonic sounding hall, and although we researched acoustics in other studios, this was the best facility for the material to be recorded in. Would The Phantom Menace have been recorded anywhere else?"

The score is as thematic as it is incidental, providing key moments with action, suspense, and emotion. From the bold French horn motif that makes up "Jack's Theme", to the delicate oboe and string setting of Angela's theme, the soundtrack provides the gamer with an emotive experience and a sense of familiarity, identifying specific characters and settings through the score.
Companies: Amuze Sony
People: Richard Jacques
Games: Headhunter