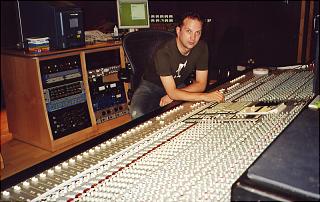 SEGA Europe Ltd, today announced that the highly anticipated OutRun2, developed by AM2 and Sumo Digital, will feature remixes of the classic OutRun tunes by award-winning composer Richard Jacques. OutRun2, for the Xbox video game system from Microsoft will be released on 1st October 2004.

New renditions of Magical Sound Shower, Passing Breeze, Splash Wave and Last Wave have recently been arranged and produced by Jacques exclusively for the Xbox release of OutRun2. Jacques' remixes feature a live brass section and pay homage to the original Latin flavoured tunes that inspired a generation of arcade gamers.

Ben Gunstone, Senior Producer for SEGA Europe, said; "We wanted a soundtrack for OutRun2 that was appealing to both European and North American audiences whilst maintaining the heart and soul of the original tracks. I firmly believe that fans of the original tracks will embrace these new versions, and agree that Richard Jacques has done a great job."

Jacques' new remixes will appear alongside the original OutRun arcade tunes from 1986 on a CD bagged with the October issue of the UK's best-selling independent Xbox magazine, 'XBM' from Highbury Entertainment. Copies of the limited edition CD will be bagged with copies of XBM issue 38, on sale across London, as well as being available across selected Tesco stores in the UK when the magazine goes on sale on 14 October. Nick Roberts, Managing Editor of XBM, commented, "OutRun has always been a firm favourite with hardcore gamers ever since its domination of the arcades in the Eighties. These same people will now enjoy the game all over again on their Xbox and we are proud to be bringing this exclusive music CD to readers of XBM, the UK's No.1 unofficial Xbox magazine."

Richard Jacques is no stranger to driving games, having worked on the entire music and sound design for Metropolis Street Racer (M:SR). Jacques has also been involved with the composition of original music and remixes of tracks for other SEGA classics such as Jet Set Radio, Samba De Amigo and Jet Set Radio Future (JSRF) and has been the recipient of GameSpot and GameSpy Best Music Awards. In JSRF, his music featured alongside songs by The Beastie Boys' side-project, The Latch Brothers. Jacques' other SEGA music credits include the widely acclaimed orchestral soundtracks for Headhunter and Headhunter: Redemption, due for release on 21st September. For more information, visit www.richardjacques.com.
Companies: AM2 SEGA Sumo Digital
People: Ben Gunstone Richard Jacques
Games: OutRun2