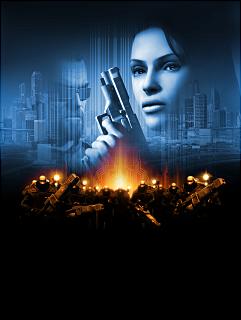 Richard Jacques (www.richardjacques.com), the award-winning composer of SEGA's action movie inspired Headhunter series developed by Amuze, today announced the official soundtrack album release of his music from Headhunter: Redemption and the original Headhunter. The 2-CD set is now available to order from www.lalalandrecords.com/Headhunter.html and will be on sale at music and entertainment retailers including Amazon from September 21st, 2004.

Richard Jacques' anthemic score for the original Headhunter was the first video game soundtrack to utilize the world famous Abbey Road Studios and record with a live symphony orchestra most often associated with Hollywood films such as James Bond, Indiana Jones, Harry Potter and Star Wars. In 2003, the music of Headhunter and Headhunter: Redemption was performed live at the legendary Gewandhaus concert hall in Leipzig, Germany, during the first game music symphony concert outside of Japan. Richard Jacques' music for Headhunter has also been celebrated in exhibitions at The Barbican Centre in London and the National Museum of Scotland in Edinburgh, as well as other venues across Europe.

"From the very beginning Richard Jacques shared the same ambition to create something special with the Headhunter soundtracks," said John Kroknes, Executive Producer and Director for Headhunter and Headhunter: Redemption. "He's one hell of a composer and his commitment and attitude was a great inspiration."