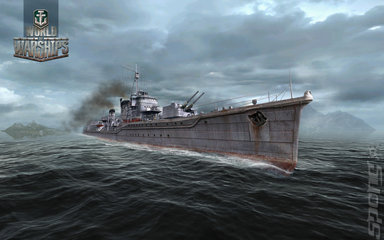 Wargaming.net certainly knows what the answer to Edwin Starr's ancient question regarding war and its value to the world. And the company behind World of Warplanes and World of Warships certainly disagrees with Mr Starr's rather anti-capitalist stance.

Wargaming.net will be bringing it first console title to E3 in an attempt to further go against Mr Starr by monetising war in its many forms. As well as the console title's first outing, the company also points out that it will be showing off World of Warships.

"Marking its very first public showing, Wargaming?s highly anticipated World of Warships will be presented in a behind-the-scenes theater demo, where guests will not only get to see the game in action, but also experience the sights and sounds of true naval combat in a revolutionary domed theater. World of Warships demos begin on the half hour each day of the show, with limited seating for each session", it says.