World of Tanks: Xbox 360 Edition is Out and Proud!

It even comes with Achievements and other Xbox-y goodness 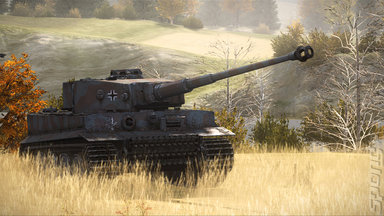 That's right, as of now, World of Tanks is globally available on your Xbox 360 consoles! That's not enough, you say? It even comes with new features!

The title will be free to play for Xbox Live gold subscribers, and all other Xbox Live accounts will receive a timed 7-day trial.

The Xbox 360 version comes with new, intuitive controls, Xbox Live integration such as parties and friends, achievements, a new custom interface, and, of course, micro-transactions.

At launch, World of Tanks will feature more than a hundred tanks spread over three nations (UK, US & Germany) alongside seven different maps with more tanks & nations added in the future.

According to Victor Kislyi, the CEO of Wargaming, ?World of Tanks: Xbox 360 Edition is a tremendous leap forward for Wargaming. Not only does this release mark the company?s very first title on console it also presents us the opportunity to bring World of Tanks to a tremendously passionate new audience of gamers around the world.?

As if that's not enough for you all, until February 28th, you have the chance to pick up two special "founders packs" of content at a reduced price of almost 40% off.

More about micro-transactions/new tanks + nations when we have it!
Companies: Wargaming.net
Games: World Of Tanks