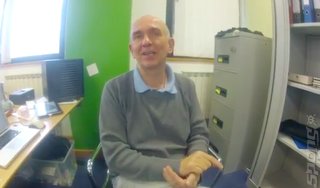 So Curiosity is (sort of) buggered. You might have noticed this already, if you've been having issues with your coin stash, seeing tapped cubes from other players or even being able to tap cubes.

Well, Peter Molyneux and 22Cans haven't been ignoring the problems. The indie studio has just released a video explaining what exactly is going on (sort of) and how they intend to fix it (sort of). If nothing else, it's just really nice to hear Peter's voice.

Watch the video below. It's safe to say that whatever big announcement that 22Cans had in store today, will probably be held off until next week.