Doctor Who to Nintendo DS and Wii 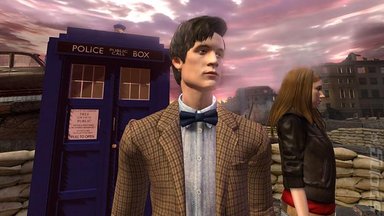 After success on the PC as freely downloadable titles, Doctor Who is coming to Nintendo handheld and the Wii with a sonic screwdriver shaped controller for the latter.

The official blurb comes with an awe inspiringly, butt clenching line, which we had to share with you:

"Gamers will be able to swap Sonic The Hedgehog for sonic screwdrivers when the Time Lord appears on the Wii and DS consoles in the coming months."