Hardware and software gearing up for demos this side of summer. 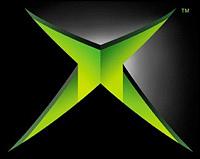 According to high-ranking Microsoft insiders, a ?significant showing of Xbox 2 hardware and software? is planned for the first half of this year.

As reported, the first tangible showing of the hardware specs will occur at this year?s Games Developers? Conference, due to take place in San Jose between March 22 and 26 of this year. This is likely to include the first ever rolling demos.

This will be followed up by an E3 public unveiling, beginning with a preview at Microsoft?s Xbox pre-conference show. This is thought to comprise of the GDC demos, as well as several fresh pieces, including one from Sega, claimed by sources to be a new RPG, and one from Blinx developer Artoon.

Behind closed doors, the showing of other titles, both first and third-party, is also planned for E3, though details on exactly what will be shown were not revealed.

We?ll bring you updates on this in the coming weeks.
Companies: Microsoft