Let's all hope it's as exciting as last years! 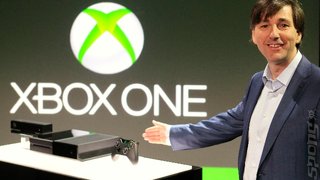 No Don Mattrick this year, so we can hope that Microsoft's E3 presentation, which is being called an Xbox Event can still offer some spine-tingling watching.

We're covering the briefing here and in other stories as it pre-shows from 5pm UK time and then when the what the company is called 'the show' and what journalists think of as a serious 'press event' at 5:30pm.

While you wait, check out the other E3 events' schedules below:

May|'14
Microsoft Not Selling Xbox Division
May|'14
Kinect-Free Xbox One Selling Well
May|'14
The Xbox One Designer and Building In Kinect
May|'14
Xbox One Update: External Storage and More